This feature provides a capsule look at three horses who are heating up on the Triple Crown trail and three horses not looking quite as strong as they were a week ago.

In this week’s edition, the focus is the Preakness Stakes and what the results mean moving forward. Next week, we’ll tackle how the third leg of the Triple Crown – the Belmont Stakes Presented by NYRA Bets on June 8 at Belmont Park – is shaping up. 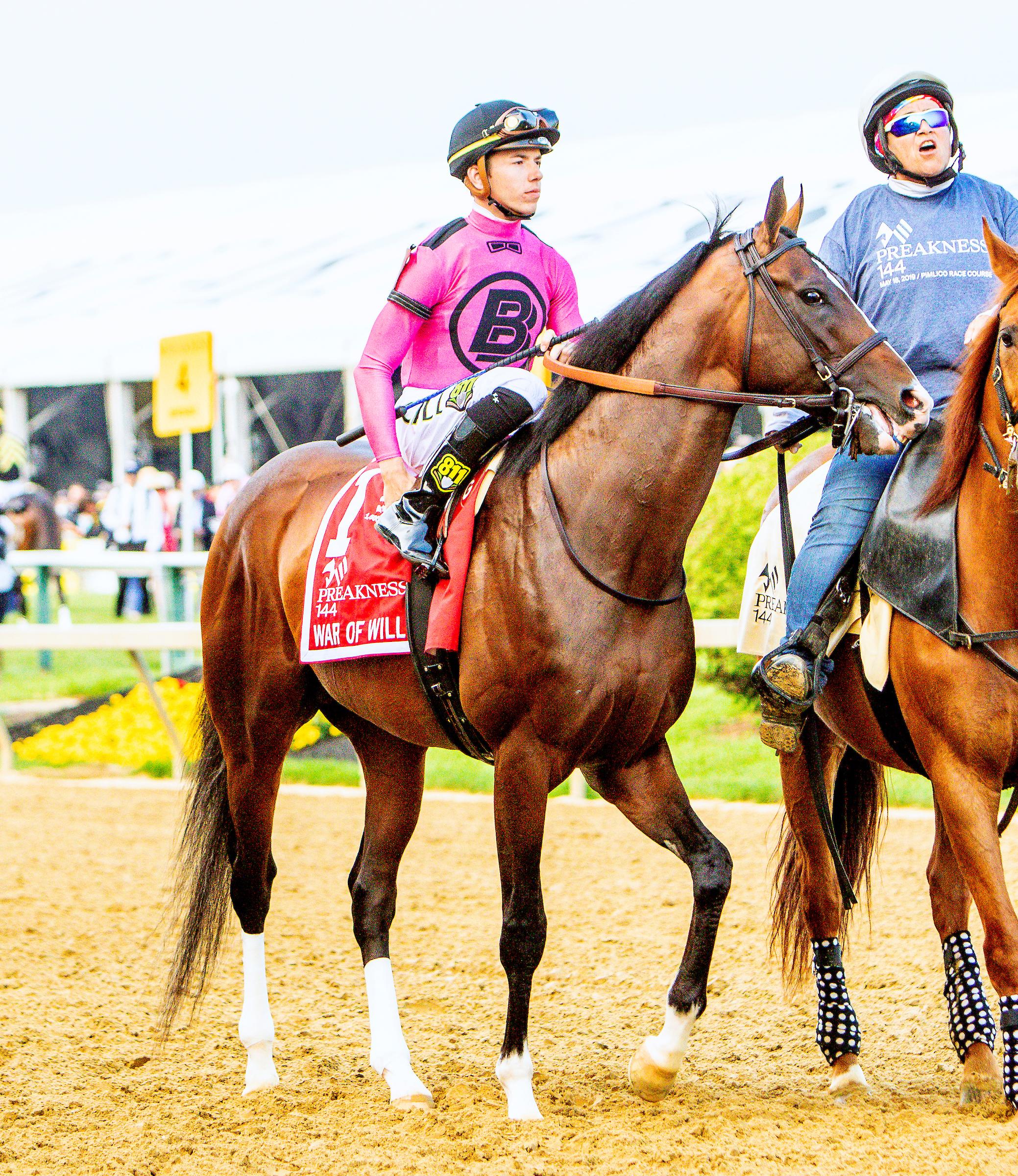 This one was extraordinarily easy. I went into far greater detail in this week’s Making the Grade column on War of Will’s Preakness win and how he got there than I will here, but I think you can make a compelling case that War of Will has positioned himself in front in the race for the Eclipse Award as champion 3-year-old male. Sure, he only has one Grade 1 win this season, but officially so does Maximum Security and so, too, do Country House and Omaha Beach. With a classic win in the Preakness, plus victories in the Grade 3 Lecomte Stakes and Grade 2 Risen Star Stakes Presented by Lamarque Ford, War of Will could perhaps open up an insurmountable lead in the Eclipse Award race with a win in the Belmont Stakes. Even if Maximum Security wins the ungraded TVG Pegasus Stakes at Monmouth Park and the Grade 1 TVG Haskell Invitational Stakes, if War of Will wins the Belmont and either the Grade 1 Travers Stakes Presented by NYRA Bets or Pennsylvania Derby it would most likely take a win OR TWO in Grade 1 races versus older horses to mount a serious threat. It’s pretty remarkable that after the Twinspires.com Louisiana Derby, War of Will’s status for the Kentucky Derby Presented by Woodford Reserve was in limbo and now he’s poised to compete in all three Triple Crown races with a chance to win two classic races and put a stranglehold on the Eclipse Award in his division. Going back to my most recent Heating Up, Cooling Down blog, I don’t understand the connections of Maximum Security’s decision to skip the Belmont Stakes if they plan to race him one week later at Monmouth Park and the Eclipse Award is the ultimate goal. 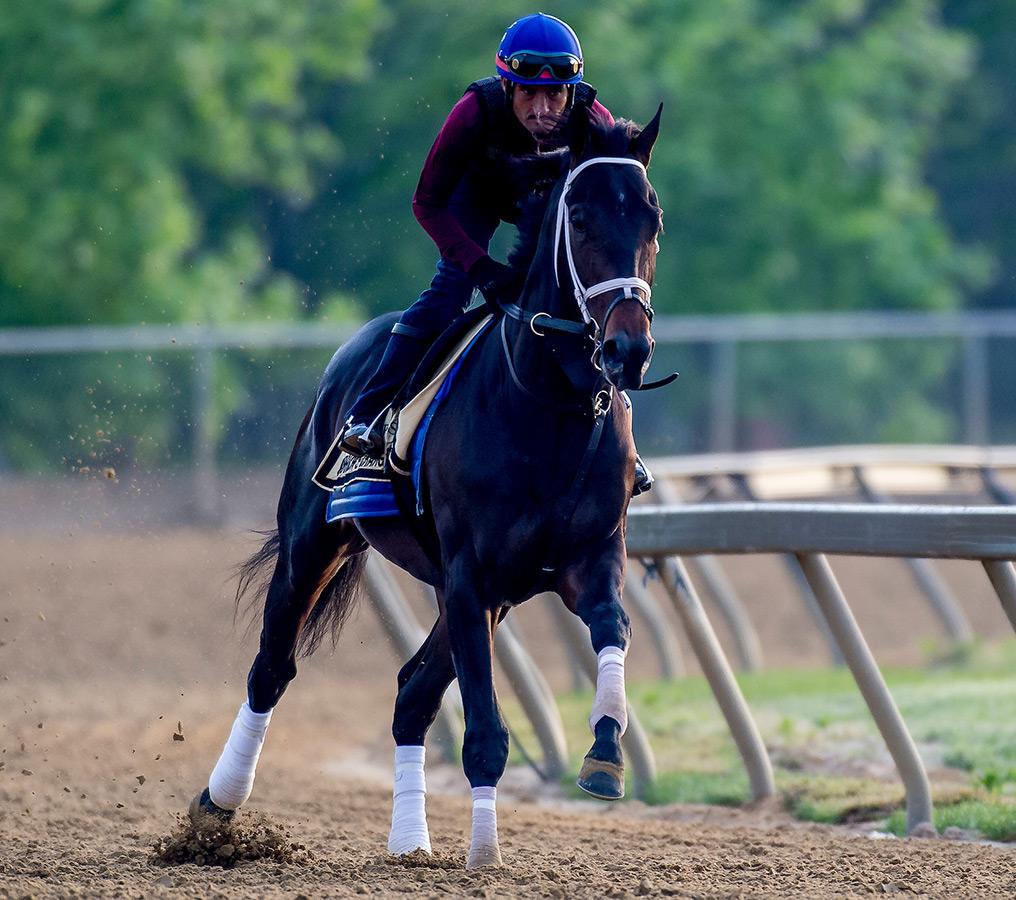 Perhaps lost in the results of the Preakness Stakes was a gallant race from fourth-place finisher Warrior’s Charge, who set a torrid pace in the 1 3/16-mile race and led deep in to the final turn before fading to fourth. He wound up beaten by only 2 ½ lengths in his stakes debut while stretching out an extra quarter of a mile. TimeFormUS gave him a 122 rating, the same number it awarded winner War of Will. After running third in each of his first three starts, Warrior’s Charge has now put together three impressive races in a row, winning a maiden race by six lengths (103 Equibase Speed Figure), winning an allowance race by 6 ½ lengths (108 figure), and running fourth in the Preakness (103). Based upon pedigree, you can see why trainer Brad Cox started Warrior’s Charge in sprints, but it’s pretty clear he prefers the added ground that allows him to better use his early speed. In two sprints, he was forced to try to rally from off the pace and was okay, but at longer distances he’s been able to clear the field and he appears much more comfortable and confident setting the pace. Cox said the Belmont is not under consideration for Warrior’s Charge – 1 ½ miles being beyond his scope – and I think he could be very dangerous with a little freshening and a number of great opportunities for 3-year-olds at 1 1/16 miles and 1 1/8 miles over the summer.

I gave Everfast the slight nod over Owendale here for one reason: I expected Owendale to run very well (see last week’s blog) but I never thought Everfast had even a remote chance for a top-three finish. Alas, the Take Charge Indy colt closed from 22 ½ lengths off a swift opening quarter-mile in 22.50 seconds and passed nine horses in the final three-eighths of a mile to finish second at 29.30-1 odds to War of Will. Everfast had proved capable of a big effort like that in the Fasig-Tipton Holy Bull Stakes on Feb. 2 when he ran second to Harvey Wallbanger after a stalking trip, but consistency has never been his strong suit. In fact, you could argue that he’s never really run two strong races in a row. Perhaps Everfast will find his calling as a one-run closer, but I have to admit I’m skeptical that we’ll see more than occasional big efforts from Everfast, who had lost his previous three races by anywhere from 10 ¼ lengths to 18 ½ lengths (43 ¾ lengths combined). But Everfast now has Preakness runner-up finish on his résumé and he has shown that at his best he is capable of competing with elite 3-year-olds. Looking at his pedigree, he reminds me a lot of Wilko, his dam’s (mother’s) full brother (same dam, same sire). Wilko won the 2005 Breeders’ Cup Juvenile and ran third in the 2005 Santa Anita Derby and 2006 Santa Anita Handicap but also ran his share of well-beaten clunkers.

He was the buzz horse coming into the Preakness as a deep closer capable of rallying for a minor award, or even a win, if the fast-pace scenario many expected developed in the 1 3/16-mile race. Well, you couldn’t ask for much more than an opening quarter-mile in 22.50 seconds and a half-mile in 46.16 seconds, but Bourbon War was never better than eighth, dropped back to second-to-last on the final turn, and in the stretch only passed tiring horses who were within three lengths of the pace after three-quarters of a mile. Looking back, it’s hard to believe a racehorse without a stakes win on his résumé was bet down to the 5.60-1 second choice in the Preakness. His allowance win in January at Gulfstream Park and runner-up finish in the Xpressbet Fountain of Youth Stakes were impressive earlier this season, but maybe expectations were too high for Bourbon War. Perhaps analysts and the betting public were too eager to forgive a distant fourth to Maximum Security on a speed-favoring track in the Xpressbet Florida Derby. Bourbon War has undoubtedly earned another chance in major stakes, but he did come up short of expectations when eighth in a Preakness that set up perfectly for him. Bettors should be more skeptical when evaluating his chances in his next stakes race. 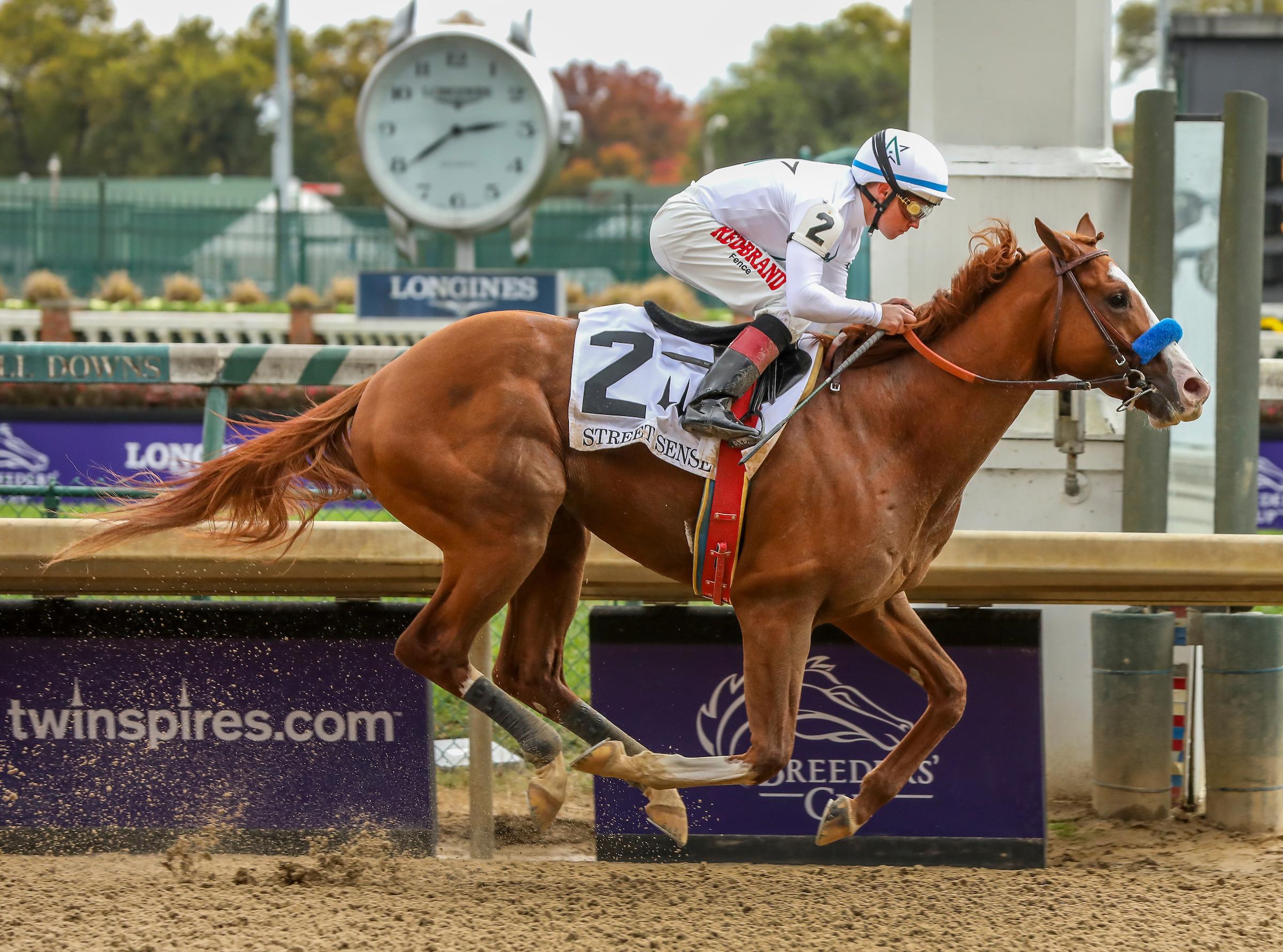 Sent off as the 5-2 favorite in the Preakness, Improbable lost as the favorite for the third time in four starts and remained winless on the year. The losing streak comes after winning all three of his starts as a 2-year-old, including a Grade 1 race. His first two defeats of the year were by a neck and a length before he ran fifth, elevated to fourth via DQ, as the 4-1 favorite in the Kentucky Derby. In that race he had an OK trip but never accelerated and Hall of Fame trainer Bob Baffert thought maybe he just didn’t really handle the sloppy track. He acted up in the starting gate but otherwise had no visible excuse in the Preakness, working out a stalking trip but flattening out when asked to accelerate by Mike Smith entering the stretch. His Equibase Speed Figures have been pretty steady in four starts in 2019 — 109, 108, 107, and 101 in the Preakness — but the shine has definitely faded from a colt who was once considered a budding star. He’s a physically talented colt, but he’s going the wrong way right now and might be in need of a bit of a reset. Baffert is a master of finding the winning formula with 3-year-olds, so don’t count him out in late summer or early fall, but Improbable no longer looks like one of the best of his class.

I felt a slight tingle in my wallet pocket when Alwaysmining rallied three wide on the final turn in the Preakness after a nice, stalking trip, but that dissipated quickly when it became clear he had very little fuel left in the tank for the stretch run. I have not cooled entirely on Alwaysmining – I still think he’s a legitimate graded stakes horse with a terrific future – but it’s pretty clear that the Preakness was too big of a jump in class for the Maryland-bred Stay Thirsty gelding. After winning his previous start by 11 ½ lengths in the Federico Tesio Stakes and his previous six by a combined margin of 36 ½ lengths, Alwaysmining was unable to accelerate with elite 3-year-olds at the top of the Pimlico stretch and faded to finish 11th, beaten by 13 ½ lengths. I feel pretty confident that Alwaysmining will win a graded stakes race in the near future, but it probably will be a Grade 3 or Grade 2 race at a distance shorter than 1 3/16 miles.